A place full of histories and sentimental value.

Concept project of a Lojas Renner unit, a retail brand specialized in clothing trade, in a historical building in the city of Cruz Alta: the old club of the city.

In this architecture retail project, the main challenge was to combine the needs of the future store with the existing space.
The facade has a special emphasis because, in spite of not being considered a historical heritage by the city, it had a sentimental value. For many years it hosted the main city club: The Commercial Club. Taking this into account, one of the prerequisites was to maintain the existing facade, with minimal interferences that made it possible to preserve this historical past and, at the same time, bring the Renner mark in an expressive way.

Since it was an old building, it was necessary a deep analysis to choose what could be demolished and maintained – assuring safety, structural stability, easy maintenance and other aspects.

Beyond that, there was a height restriction for the building, which should accommodate all the necessary space for the store, technical and support areas. The possibility of creating more levels in the building did not exist because it would overcome the height of the existing facade. 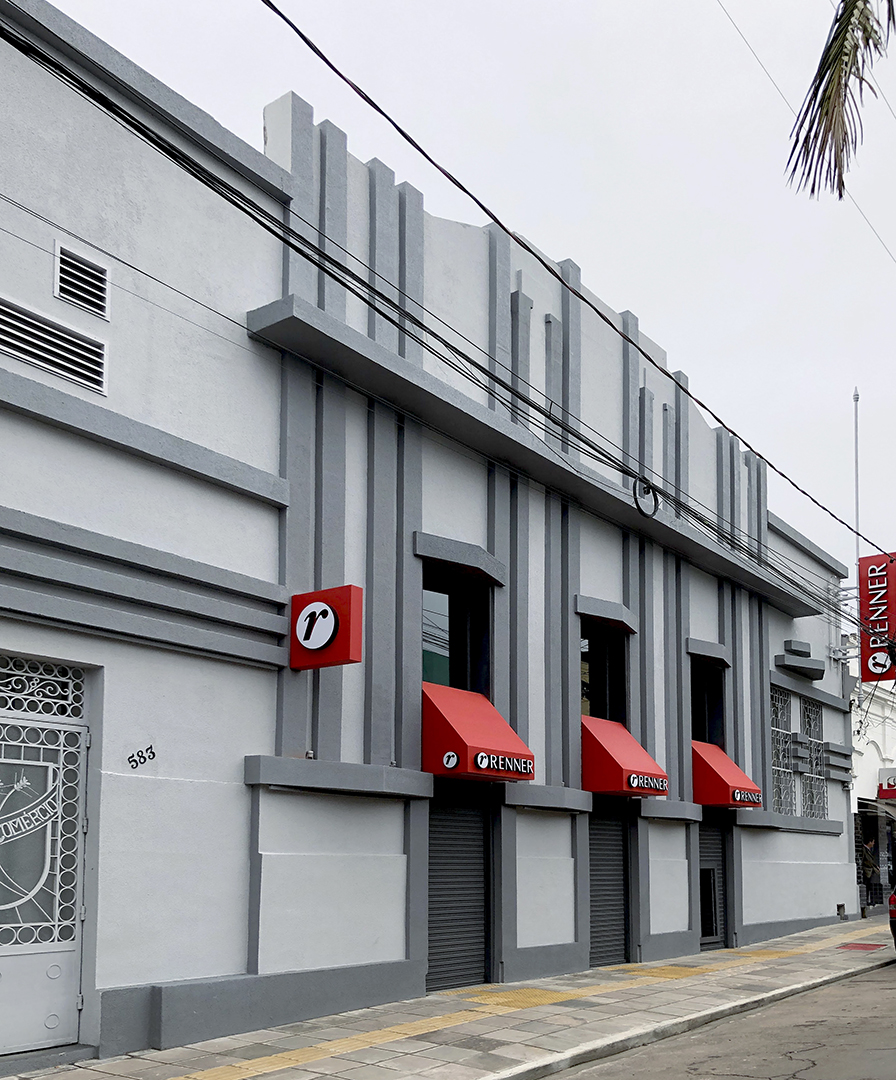 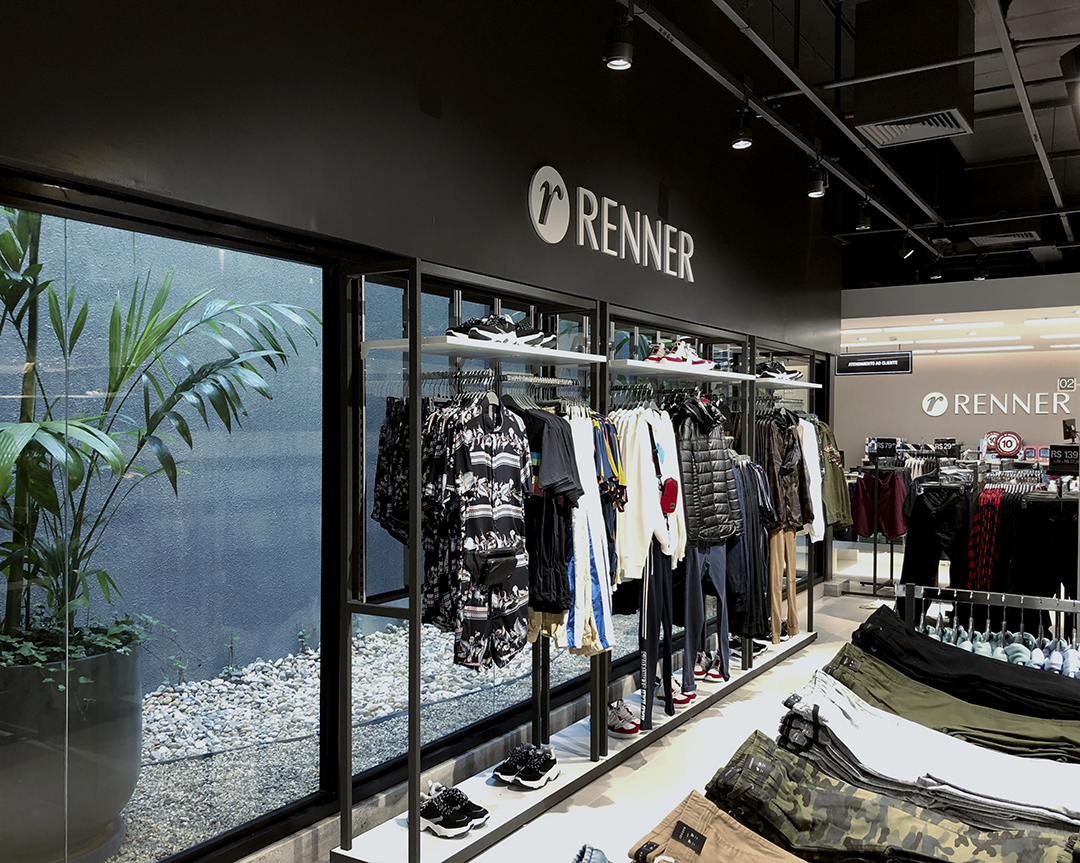 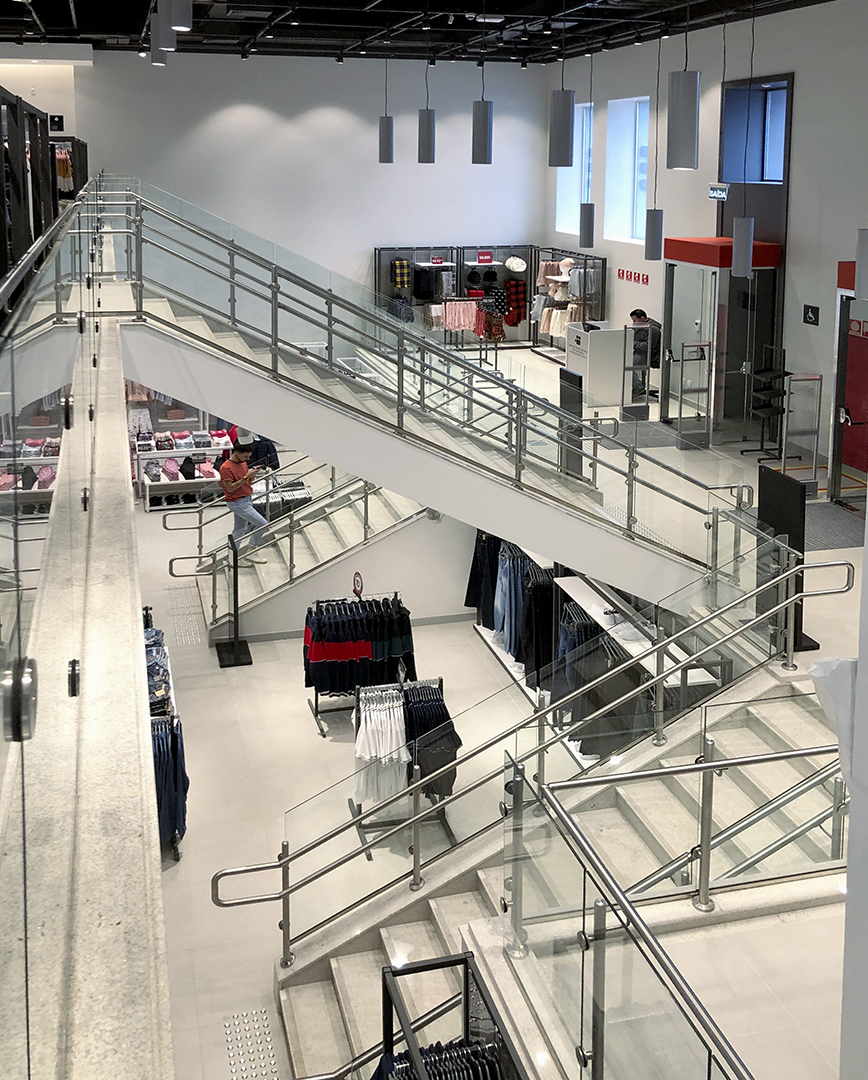 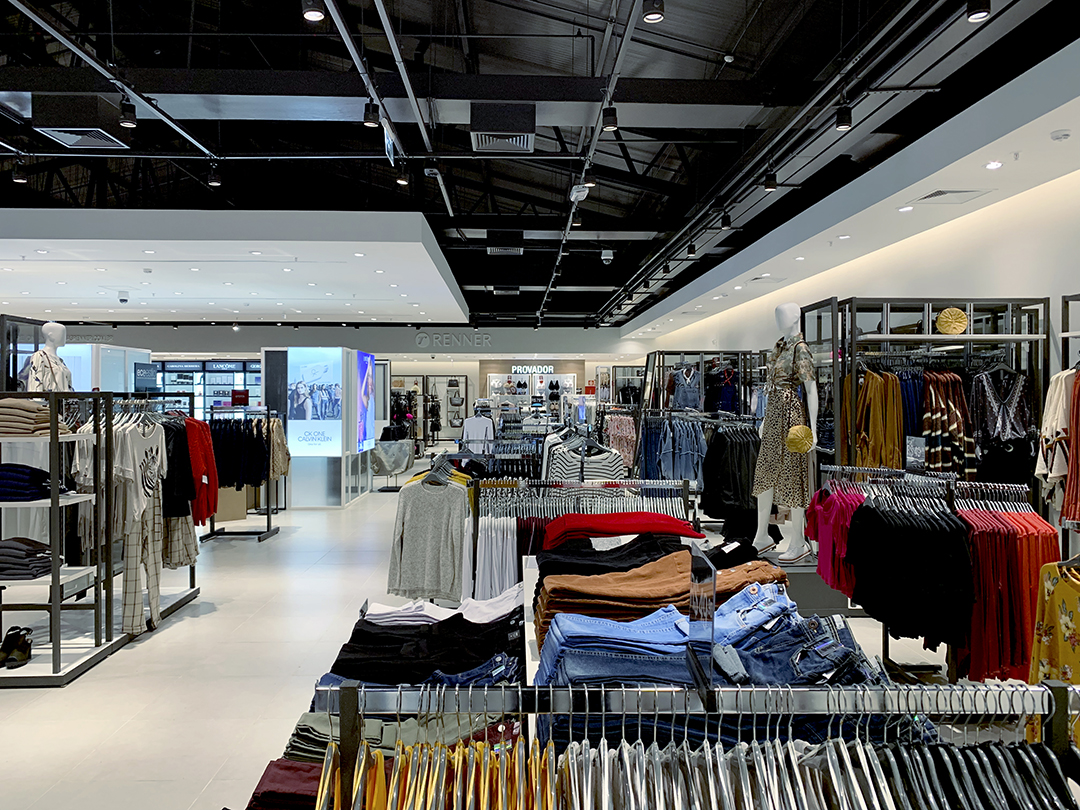 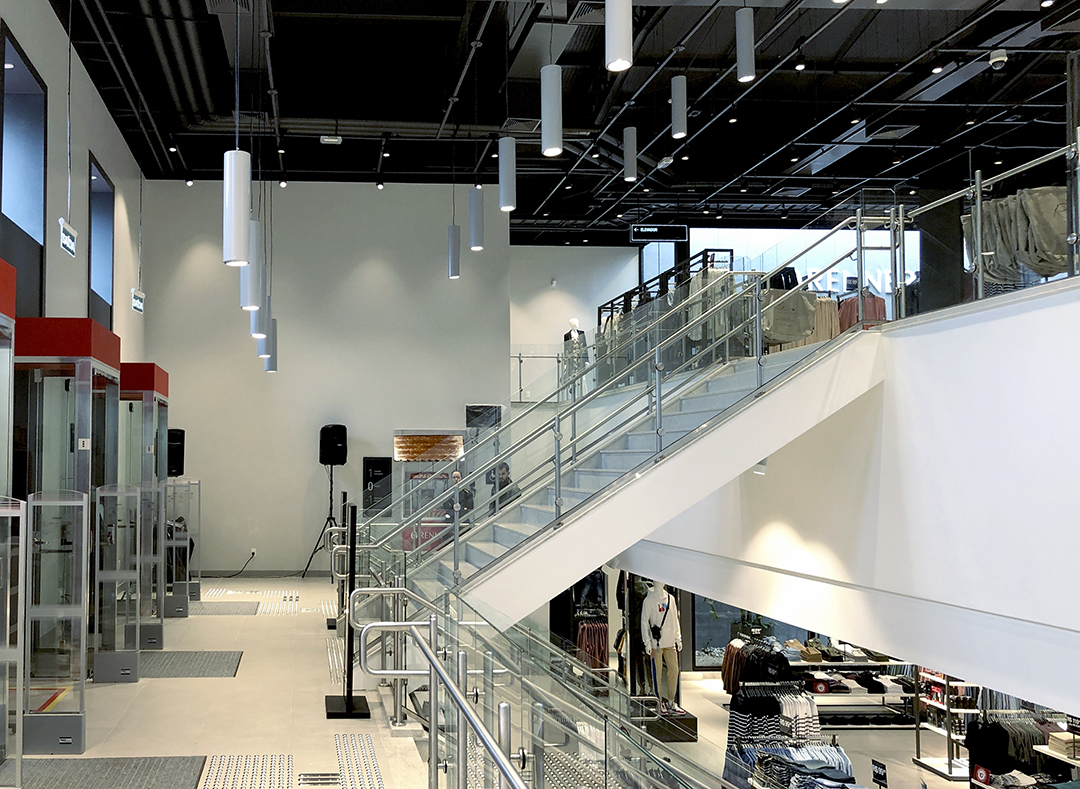 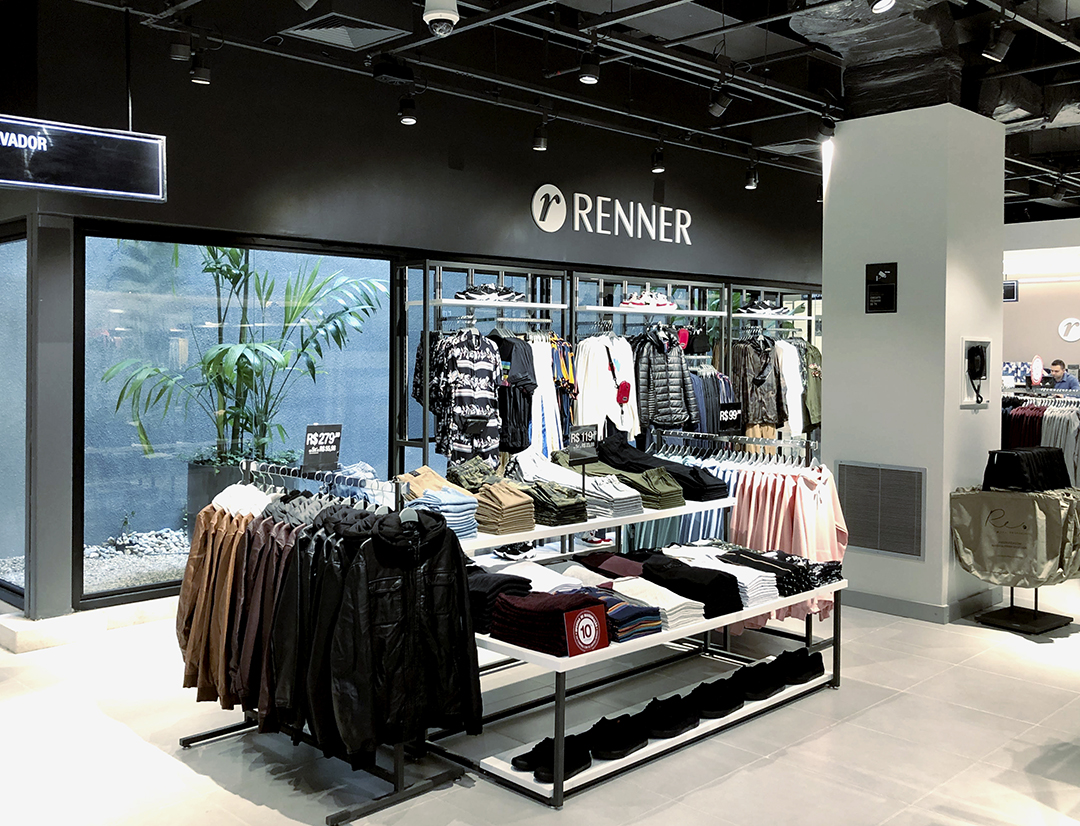 We based ourselves on the concept of not making significant interferences on the site in order to save costs and to ensure agility in the site work, so our premise was to use the existing level heights of the building. To meet the store needs with the existing building it was necessary to create an intermediary access level at the same level of the sidewalk that guided the users to a lower level and to a higher level, where the products were.

The creation of an atrium became a big differential because it allowed the client to view the entire store from the entrance. It also created a wide area that rescues the historical importance and magnificence of the city Commercial Club.

Regarding the facade we mainteneded the original with minimum interferences. 3 existing windows were transformed in entrance doors of the store, where it was located the Renner logotype.

The coating colors were adapted to the client standards, always respecting the original composition of the facade. Iron gates with detailed designs were restored and maintained at the facade, being one of them an old entrance door of the Commercial Club where there is the name of the club.

In addition to that, we reshaped an existing winter garden, rebuilding all sidewalls in glass and adding a garden, seeking to bring natural light and life to the sales space.

Due to the height restriction of the building and the limited occupancy rate of the site, we made a detailed study to locate all the technical areas needed for the store.

The technical rooms were for equipaments like generator, extraction system, hydrant, sprinkler and consumptions tanks and also rooms for climatization equipaments. The solution was to create a new level with reduced area in the back of the building, without interfering in the facade aside from locating the tanks in the back of the site. 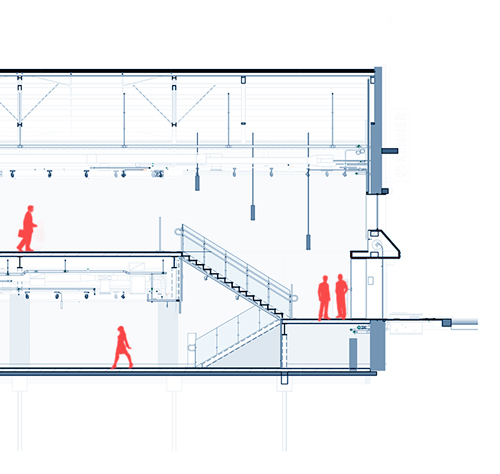 I want the solution too

Talk to an expert 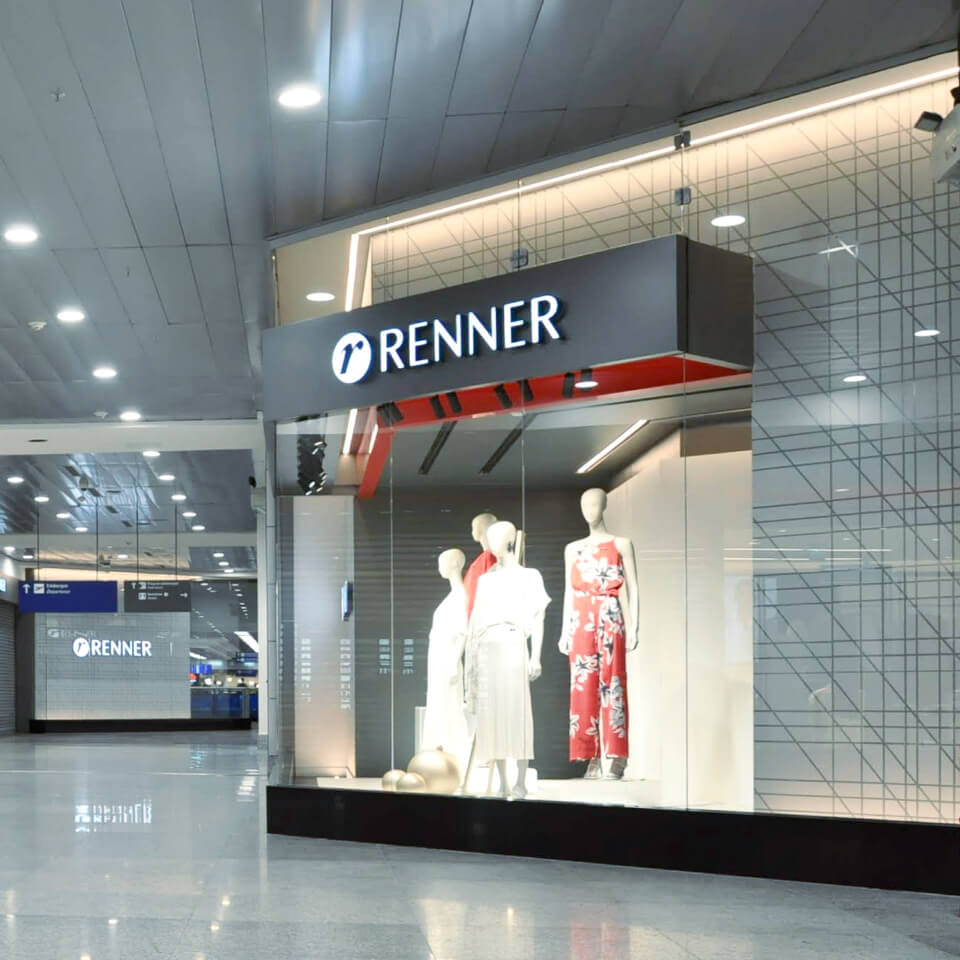 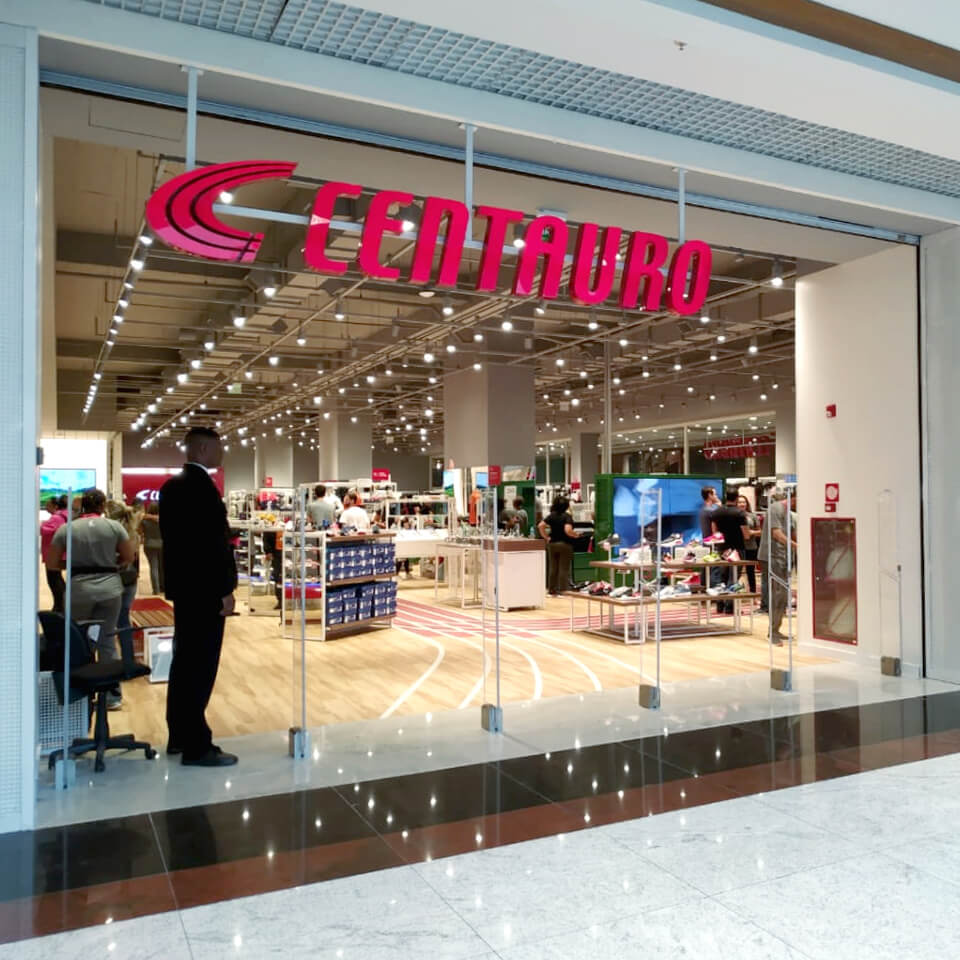 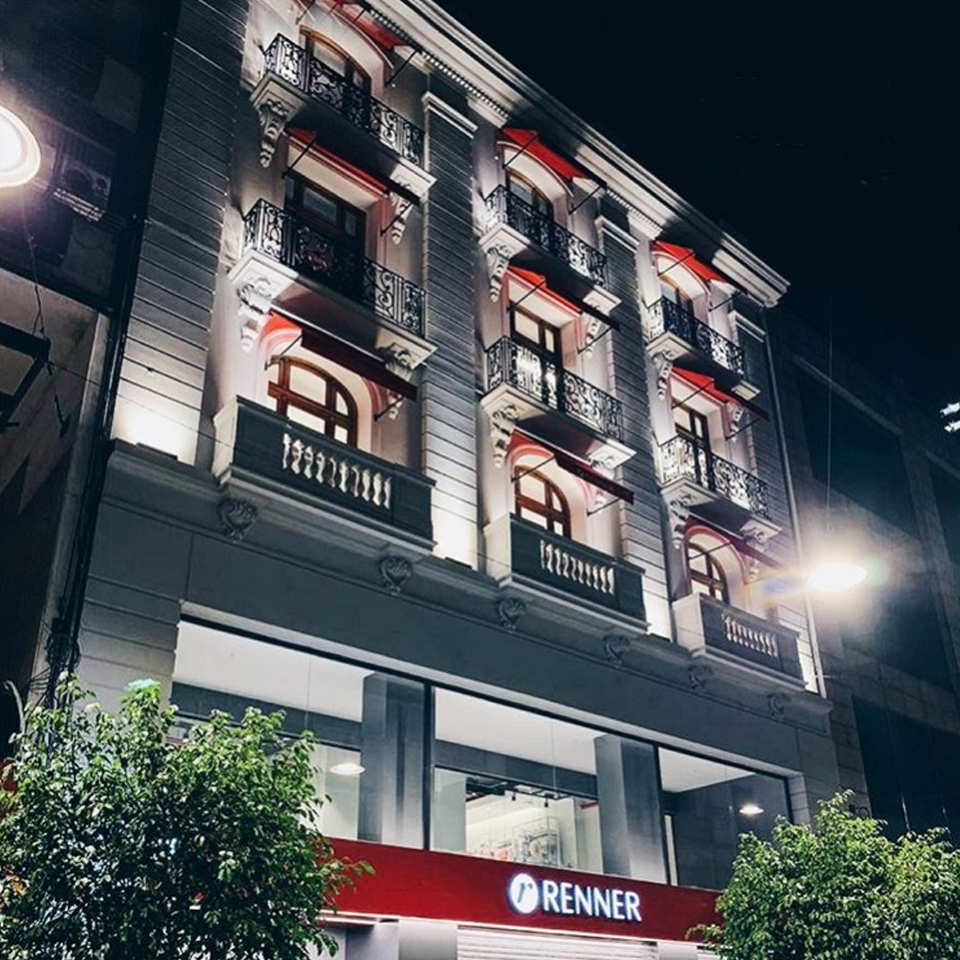 See all projects
Scroll to top